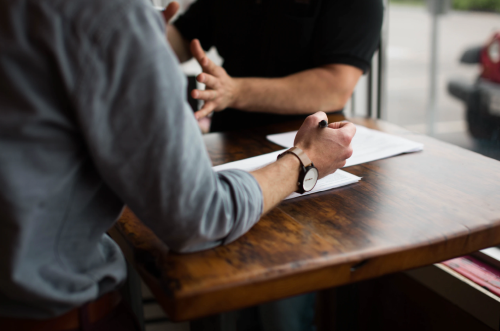 DevOps and Common Missteps in the Decision-Making Process

The ability to make decisions quickly and effectively is critical for DevOps. Common missteps in the decision-making process include the failure to factor the “Cost of Delay” and “Loss Aversion Bias.”

Cost of Delay is a way of communicating the impact of time on the outcomes one hopes to achieve. This can be illustrated through an example of non-technical PC buyers in the early days of home computer availability. Many people in in the market for a PC at that time thought “I need/want a PC now, but I am afraid that a better PC will be available in 6 months for the same price–I think I will wait to make this purchase.” Taking this scenario to its logical end, someone would never buy a PC, since their assumption would always be true–PCs would continue to get better and cheaper. The failure in their decision-making logic is to ignore the value of having and using a PC for those 6 months while a better one is always just around the corner.

However, factoring utility directly into a cost-benefit analysis can still result in mistakes due to Loss Aversion Bias. Loss aversion refers to an individual’s tendency to prefer avoiding losses over acquiring equivalent gains (e.g., it is better to not lose $5 than to find $5). How does one counteract this bias? One technique is to recast the absence of utility as “lost utility”, which would put it on a similar plane with other costs, therefore offsetting the Loss Aversion Bias. In other words, by reframing an absence of utility as “lost utility”, the Loss Aversion Bias is nullified.

Quick and efficient decision-making is foundational to DevOps, requiring understanding the Cost of Delay challenge and Loss Aversion Bias. Being aware of these common leadership challenges is the first step in getting beyond them in the decision-making process. Quantifying Cost of Delay has many well-known benefits, but one of the more subtle ones is that it reduces the effects of loss-aversion by “moving” value from the psychologically disadvantaged asset column in our minds to the more influential liabilities column, where it can then be weighted less unfairly against other costs.

Any cookies that may not be particularly necessary for the website to function and is used specifically to collect user personal data via analytics, ads, other embedded contents are termed as non-necessary cookies. It is mandatory to procure user consent prior to running these cookies on your website.